From January 18-28 of 2018, Sundance Film Festival will once again take over Park City. While some locals will want to lay as low as possible, others take full advantage of this annual event. Here’s how to score Sundance locals tickets and the answers to nine other important film fest FAQs, whether you’re a local, part-time resident, or tourist. 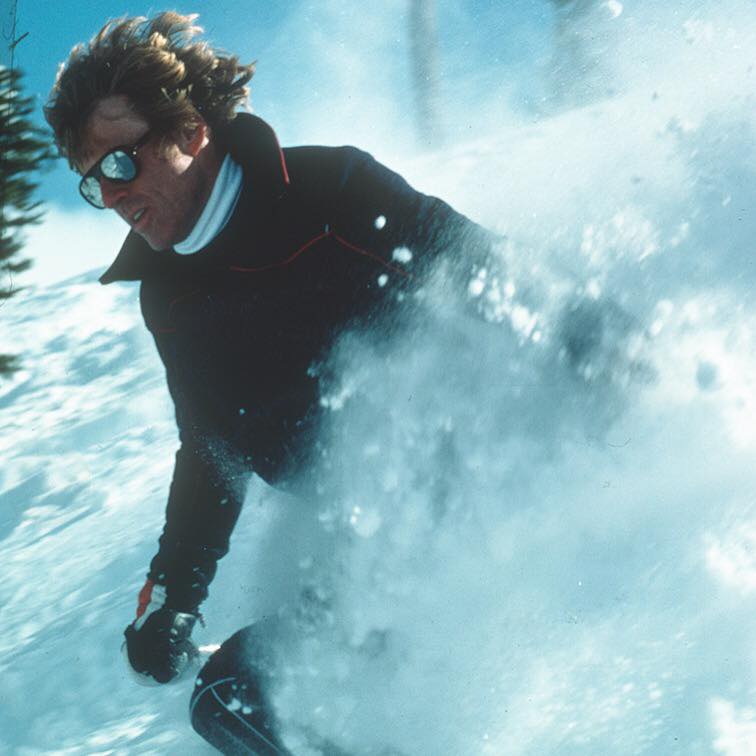 Q: How can I get locals (and regular) tickets?

A: Locals can purchase passes to Salt Lake City screenings online between January 2-5. Locals individual tickets are on sale on January 11 between noon and 8pm. If you’re trying to get into what you anticipate may be a popular film, be sure to be ready to buy at noon sharp as many films sell out fast. A locals SLC pass sells for $500 and a package of 10 tickets will run you $300, or you can buy up to 20 individual tickets for $25 for screenings during the first half of the fest (January 19-24) and $20 for the second (January 25-28).

Whatever you do, don’t buy locals tickets if you’re not a true resident. If you don’t have a Utah driver’s license or state ID, you won’t be able to pick up your tickets or get a refund.

Q: All the tickets to the screenings I wanted to see are sold out! What should I do?

A: If you missed the boat or didn’t get the tickets you wanted, here’s your plan B: eWaitlist tickets. Using an online or mobile app account, you can purchase waitlist tickets and get notified if and when they open up. These tickets are $20 a pop. You can also head to a box office early in the AM to inquire about newly available tickets.

Another option is to expand your horizons. There are lots of ways to partake in the Sundance experience. Here are some ideas you may not have considered:

Q: I’m Sundance-curious, but don’t even know where to start! Which movies should I try to see?

A: Start by narrowing down your categorical interests. Do you like dramas? Prefer to learn something via documentaries? Love discovering international movies and don’t mind subtitles?

You can also defer to the experts. Here are a few choice picks from the New York Times and more selections from Refinery 29.

Q: What if I want to see movies, but avoid the “scene”?

A: Mark your calendar for Monday, January 29 (after the festival) for Best of Fest, a complimentary compilation of some of the biggest award-winners. You’ll need to score your tickets early though on Saturday, January 13. Best of Fest screenings will be held in Park City, Salt Lake, and Sundance at various times.

Another option is Townie Tuesdays, wherein the Sundance Institute holds free screenings at the Redstone Cinemas in Kimball and also at the Park City Library on Tuesday, January 23. You’ll need to get your tickets the same day as you do for Best of Fest (January 13). 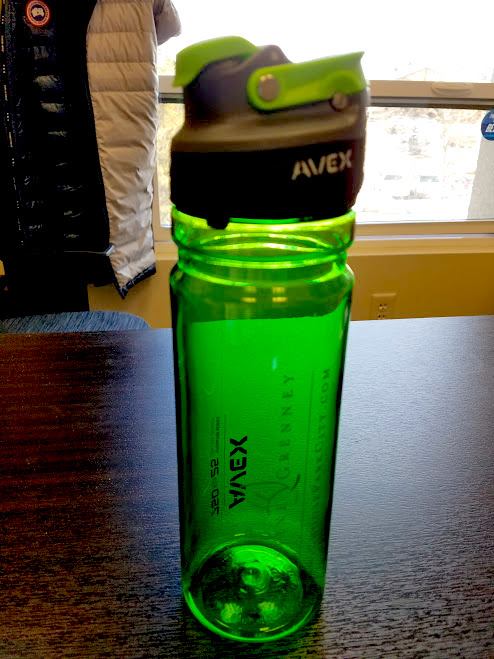 Q: Is it a brilliant idea to sneak in snacks and/or a flask?

A: We hate to be the grinch who stole Sundance, but it’s better to leave your refreshments at home. Volunteers may check your bags and confiscate goods. Bring an empty reusable water bottle (message me if you’d like your very own Choose Park City one, pictured above!) and purchase the rest on-site.

Q: Should I drive to the screenings?

A: Envision yourself doing laps in the China Bridge Garage for half an hour. This is a recipe for arriving to your screening late and in a miserable huff. Do yourself a favor and plan on taking public transit or Lyft/Uber. Here’s the Park City bus schedules and here’s a transit map for the 2018 festival. If you must drive, China Bridge lot is probably your best bet for Park City. Main Street will be totally off limits. 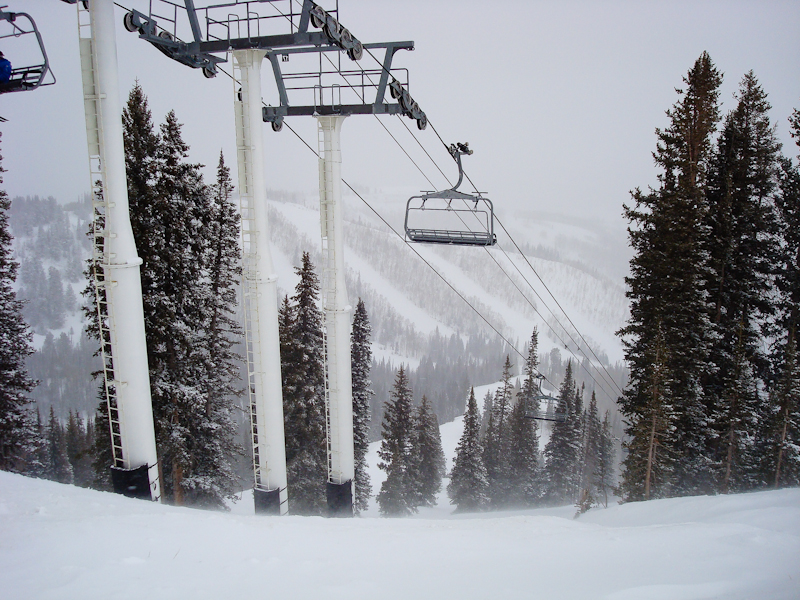 To shred or not to shred during Sundance … (Photo Credit: Marvin Kuo)

Q: Skiing: is it even worth it during Sundance?

A: Totally. The resorts are famously deserted during Sundance, probably because the people coming to town are not doing so to ski and the locals are watching movies or laying low. This is also generally a good time for precipitation, so it could actually be one of the best times to ski of the season.

Q: Where should I dine before/after my screening?

A: You may be able to get into restaurants for dinners in Old Town, but it won’t be pretty. Some restaurants will be closed for private events, while others will be booked to the brim. Furthermore, many restaurants jack up their prices during Sundance because they can (and who can blame them?).

If you’re a visitor or showing visitors around, check out the hottest dining spots for brunch or lunch instead. For dinner, consider heading to Prospector Square for Sammy’s Bistro, Five5eeds, or El Chubasco. Or journey a little further to Kimball Junction for pizza at Maxwell’s or rolls at Sushi Blue. Just keep in mind that all restaurants will probably be busy at all times of day, so don’t show up hangry and have a Plan B. 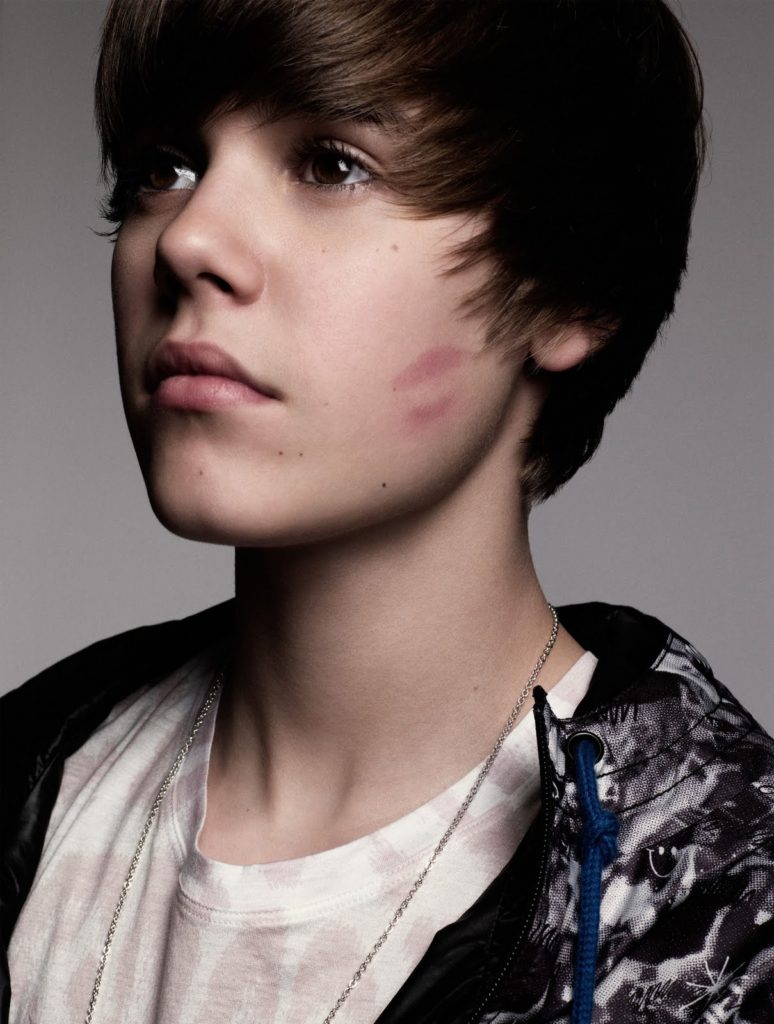 Q: When and where will I be able to see Robert Redford and/or the Biebs?

A: The odds of spying a celeb are highest at highly anticipated premieres screening during Sundance’s first weekend in Park City. Oftentimes, these first screenings are followed by panels that include the director or other cast members. You can also try loitering in fancy hotel lobbies or bars (Stein Eriksen, anyone?). Further reading: Huffington Post published a piece on Sundance celebrity sightseeing.

Q: Do I need to dress to the nines?

A: Dressing super fancy in Park City in the wintertime unfortunately also equates to being uncomfortable and cold. You won’t look very stylish after you’ve slipped in your stilettos on black ice. Instead, rock your cute new Sorels or a pair of sturdy cowboy boots with some tread and a Patagonia jacket. And don’t forget sunglasses if you’re venturing out for a day screening so you don’t step into the theater snowblind.

However you plan to experience Sundance, this iconic film festival is an important part of our economy and a cultural cornerstone of Park City and the greater Wasatch. In terms of real estate, Sundance also contributes to solid property values and sky-high short-term rental revenue (check out our tips on renting your home out on AirBnB or VRBO). Sundance is just one more reason why Park City is a incredible place to call home—or second home.