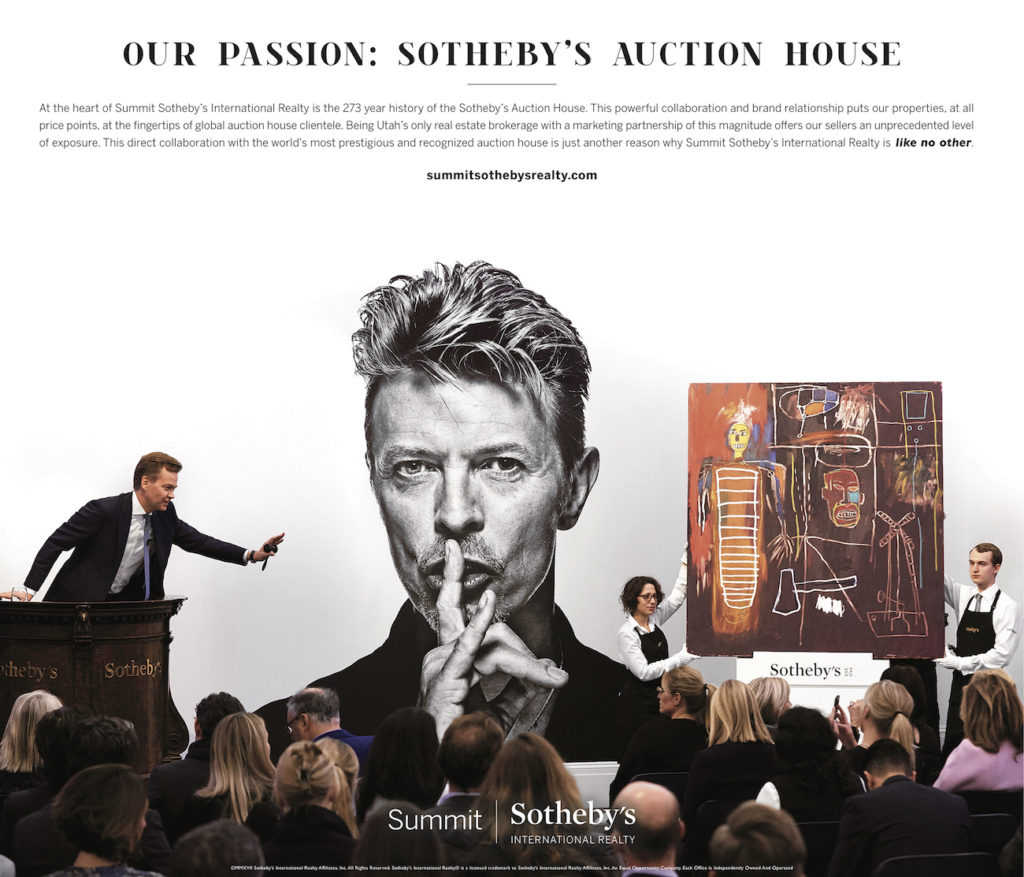 Did you know that the Sotheby’s brand is literally older than the United States of America? On March 11, 1744, entrepreneur, book dealer, and all around “joyous fellow” Samuel Baker held a book auction in London. That was 273 long years ago.

Baker went on to handle the auctions for many a prominent British library. After he died in 1778, his nephew, John Sotheby, inherited half of his estate, including the auction house. Over the years, the auction house changed hands and names several times, as well as expanded its purview well beyond books.

As a former art history student, I’m proud to be a part of Sotheby’s rich and enduring heritage. Here are a few fascinating facts about the Sotheby’s Auction House:

Sotheby’s Auction House is just one of the many passion points of Summit Sotheby’s International Realty. Passion points are what light our fire and get us excited about being part of the Sotheby’s brand here in Park City. And from our global reach to the epic digital journey all of our listings make, there’s a lot to be passionate about.