Skiing, Christmas, and light shows. That’s basically what it boils down to this month. Here’s what to do in Park City in December. 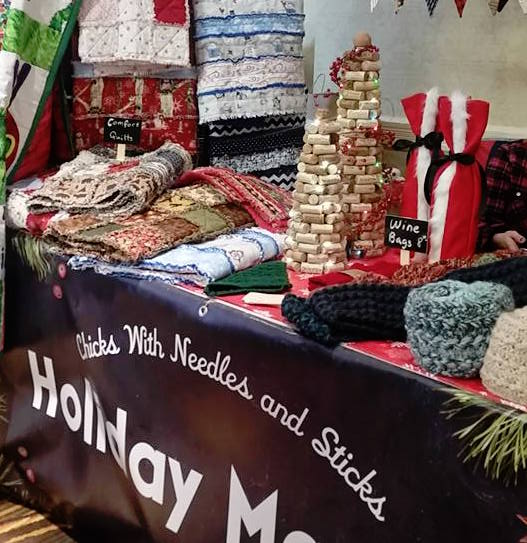 For the seventh year, Park Silly will extend its reach into winter with a special weekend-long market. Come by to check out local crafts and wares from over 90 vendors. This is a great opportunity to find unique gifts for your friends and family for the holidays as well as support our local businesses. The market runs 5-9pm Friday evening, 10am-6pm on Saturday, and 10am-2pm on Sunday. It’s free to get in so there’s no reason not to stop by. 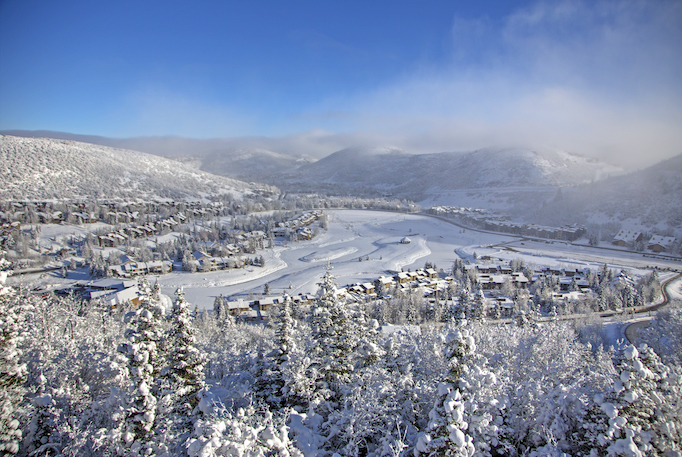 Winter will kick off at Deer Valley with free skiing and aprés specials. The public can ski for free at the Bald Mountain race hill, where the ambitious can race Ambassador Heidi Voelker. The resort will serve complementary refreshments at the race hill and in Snow Park Plaza from 1-2:30pm. At the end of the day, head to the EBS Lounge at Snow Park Lodge for food and drink deals and live tunes. 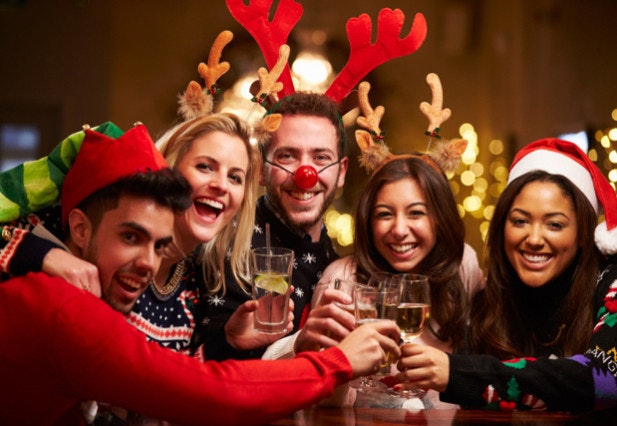 What will you be wearing at 6pm on Saturday the 2nd? A Santa Claus suit, ideally. The annual Santa Pub Crawl in Park City features festive stops around town with a finale concert at OP Rockwell. To participate, you can either donate a new toy or $10 at the door. The order of stops is as follows (but you can definitely skip a stop if you please):

Wish you knew a few of the constellations in the sky? Join Swaner Preserve and EcoCenter for an evening of stargazing with Paul Ricketts, the head of the University of Utah observatory. In addition to pointing out stars, Ricketts will give a talk about how light pollution impacts humans and wildlife. Enjoy hot cocoa as you look and listen. Tickets are $5 per person and free for members. 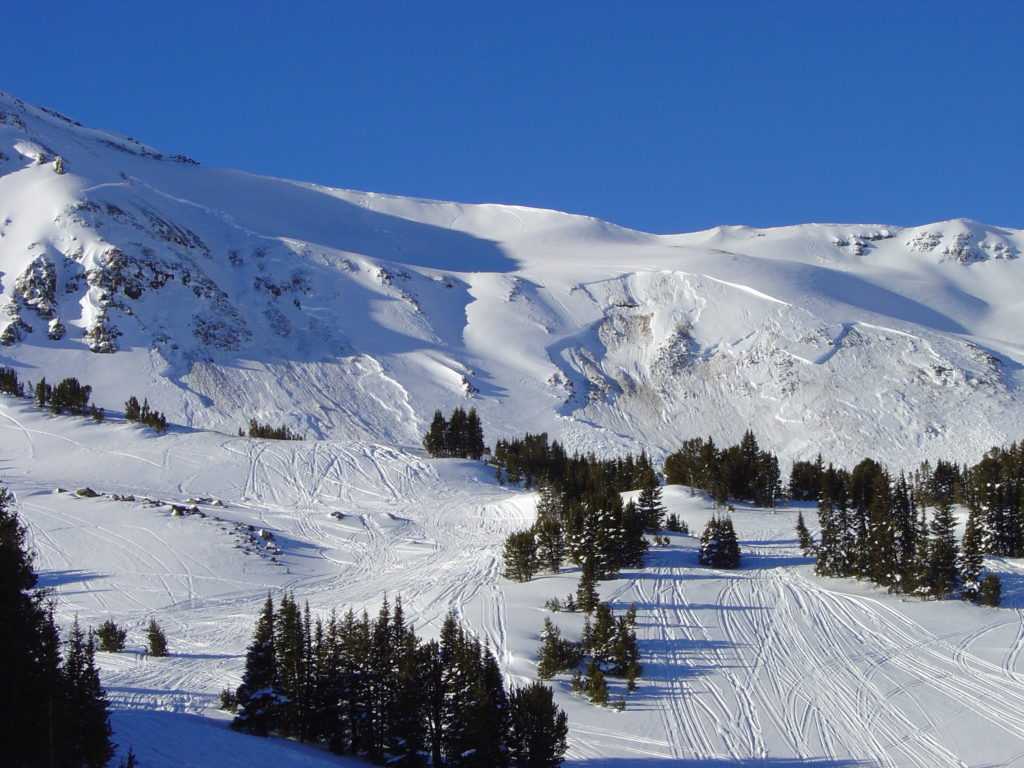 Are you one of the many locals who like to get after it in the backcountry? Or planning to start earning your turns this year? Stay safe out there by staying educated! Jans will host an avalanche awareness lecture at Red Rock Brewery from 6-8:30pm. While it’s not the same thing as a full-on AIARE course or certification, it will help keep you on top of your backcountry game. Best of all, this event is free and can be enjoyed while sipping Red Rock beers. 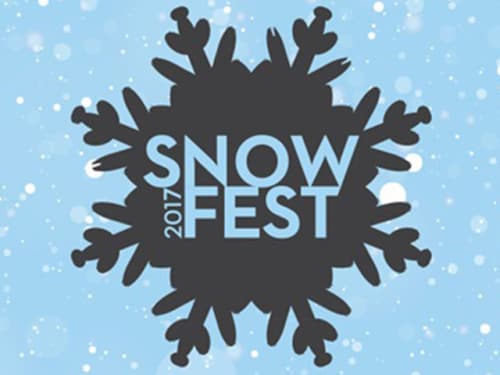 Park City Mountain is doing its part to bring holiday vibes to our skiing for the last two weeks of December. The fun kicks off with Santa riding down Town Lift to Main Street. He’ll be poking around the resort for the remainder of December, so keep your eyes peeled for a red-and-white-suited fellow making turns. On Christmas Eve, the resort will host a Torchlight Parade (for the 55th year!) wherein skiers alight the mountain with torches while we all enjoy caroling and hot chocolate from below. The grand finale is a fireworks show for New Year’s Eve. But aside from these singular events, Snowfest also means live music, ice sculptures, s’mores, and more at PC Mountain Village and Canyons Village every day until Christmas. 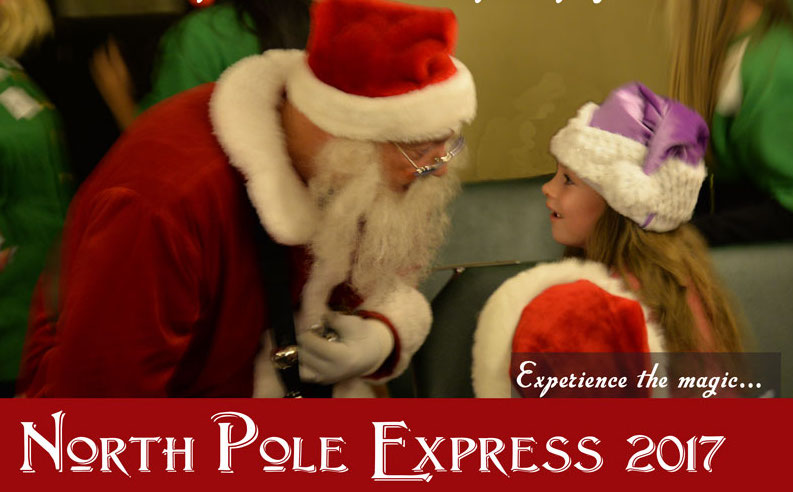 Want to impress and delight your kids? This annual Heber Valley Railroad tradition will do the trick. This 90-minute ride features Christmas tunes, chocolate chip cookies, entertaining elves, and more en route to the North Pole. When kids reach their destination, Santa will be there to meet them and impart a present. The train runs at various times throughout the afternoons and evenings of December 2, December 4-8, December 9, December 11-15, December 16, December 18-20, and December 21-23. Different tickets are available, but riding coach will run you $35 per adult, $25 per child, and $5 for toddlers under two.

It’s not until next month, but mark this 10-day annual festival on your calendar now. Planning ahead for locals might involve everything from getting on the lottery system for local tickets, renting your mother-in-law suite out on AirBnB, or skipping town to avoid the chaos. Stay tuned for my Sundance Survival Guide later this month, and in the meantime, check out my Sundance Film Fest tips from last year.